It's a little hard to remember what happened between this devlog and the last—but a lot happened (and is happening) to the world at large.

We wish you and your loved ones all the best. Stay as safe as possible within your means—these are strange times, so be good to yourselves!

As you can no doubt imagine, the current situation has impacted our work on this project to some degree. However, we're still chugging along, we're excited as ever to be drawing closer to the release of our first demo!

And, for a recent, exciting update...

If you're curious for more frequent updates and weekly studio livestreams, that's the place to be. Here are some of things Ingrid has worked on in past streams:

Working from home, it turns out, is very strange! I'm beyond thankful to still be able to work; thankfully, we're doing okay at US OSAS Headquarters, though admittedly starting to experience a bit of cabin fever. Outside of work stuff, and Animal Crossing (see below for Ingrid's take — and know that her island compared to mine is basically Versailles vs the Burrow from Harry Potter), I've been trying to enjoy having a little extra time to be creative. Including things not writing-related at all: internet, I have knitted a sock!

...only one so far, and not quite finished (though more finished now than it was when I took this photo), but I'm very proud of it. My previous knitting projects have been mostly scarves and shawls, so making something three-dimensional has been an interesting change. I actually really enjoy working with double-pointed needles, now that I'm used to them. Not to get philosophical about knitting, but it's a combo of soothing, repetitive motion and the satisfaction of making something physical with your hands that I'm finding especially helpful at the moment.

Also, I've been watching a lot of anime… specifically Dragon Ball? Somehow I got into Dragon Ball, a thing I had 0 exposure to as a kid, as an adult in 2020. If any of you follow me on Twitter, then you've seen my Vegeta thirst tweets, and I'm so sorry. Like I said… cabin fever.

I think it's safe to say that much of my time the past month has been occupied by a certain new game about animals at some sort of crossing. I've been having a lot of fun trying to match my house up to some Victorian standard (within the limits of the game), and there are some surprisingly fitting items in the game! There are old treadle-foot sewing machines, wooden wall phones, phonographs, and candlestick holders, and I'm very amused.

(If you happen to like any of the Victorian gowns pictured below and want to use them in your own game, I have posted the designs here!)

Ingrid taking a dramatic cliffside photo in her 1870s dress. 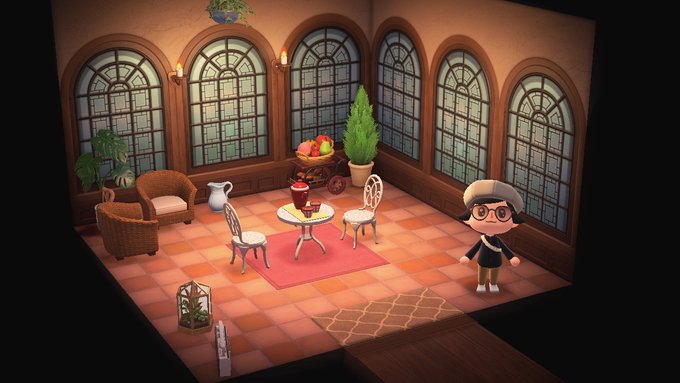 Outside of my virtual island paradise, I am in very much a similar position as I was in the last devlog: at home, trying my best to work!

Hong Kong is not under strict physical distancing measures, but most people who can stay home are staying home—I only ventured outside a few days ago because I had a craving for sweet Italian sausage (thanks to the Bon Appétit test kitchen.)

This month's research has been centred on our workplace setting!

(There is, of course, a little bit of topical irony there, but I digress.)

The office of The Daily Creed, the periodical Hugo works for, will be featured heavily throughout the story so it was important that we delve into the spaces where people worked and the items used in the workplace.

An invaluable resource for this research has been the Early Office Museum, a virtual museum that hosts its exhibits online.

The site does not allow posting of its images without permission so none have been used here, but it is a wonderful place to learn about what office life was like, featuring exhibits on not just work environments but also the objects within, such as copy-presses, staplers, filing cabinets, and more.

You will see some of the takeaways from our findings below, where you will see the concept art for the The Daily Creed Office background!

With the general chaos of the world at large, production has slowed slightly but is nonetheless continuing onward!

This past month we made the decision to cut our demo scope, making it approximately 3,000-4,000 words long.

Through trial and error we've discovered that as first-time devs without a properly oiled process, sacrifices have to be made in order to have a quality demo out in June—and so, with this in mind, we've adjusted our workloads to make them more manageable in the short term.

This also places less pressure on the rest of our team.

Though this first demo may be a bit short, we will be polishing it to make for a quality product, and work will continue on an extended demo in the coming months which will demonstrate more of the gameplay.

Now, before we get into the main updates for the month, here are a few milestones:

We are delighted to announce that Nia (@Niasobu on Twitter, NiAsobu on itch.io) has joined us as a background artist! She will be working collaboratively with Ingrid to develop the OSAS settings, and has been an absolute delight to work with thus far. She completed the concept art for theThe Daily Creed office, and has sketched the final background!

She did this from a floorplan and reference images provided by us, pictured below:

Floorplan and references for The Daily Creed office background.

Concept art for The Daily Creed office background by Niasobu.

The GUI is nearing completion, and is only awaiting caption boxes and "extras" menu elements. We will be able to implement the GUI with the script in the upcoming weeks!

As you can see from the mock-ups below, our GUI will have an appearance toggle: white text on a black background, or black text on a white background.

That's it for this month's devlog! Next time, we'll be covering our progress towards our goal of a June demo release.

To get notified with our latest updates and exclusive process insights, subscribe to our email list at the bottom of the page!